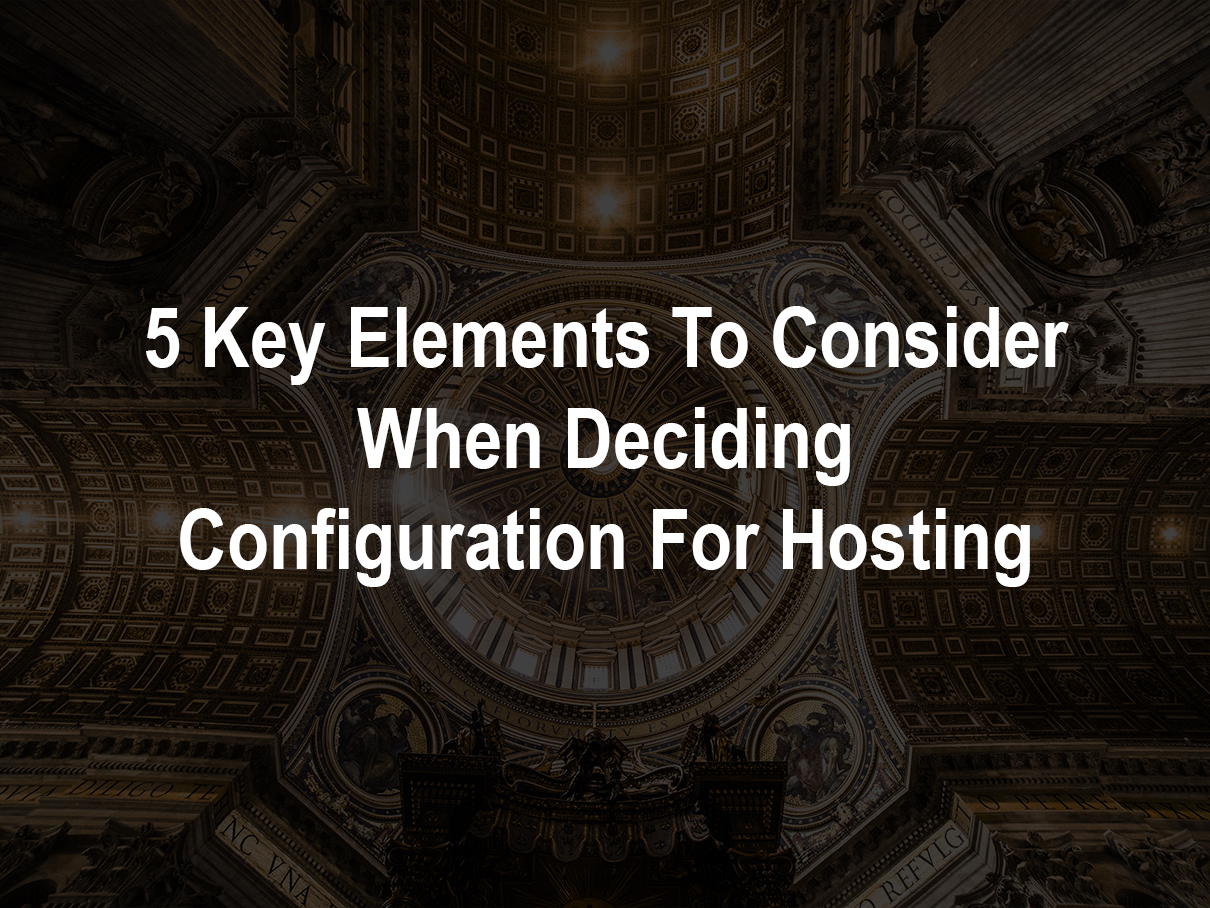 A high-availability, high-performance and a bullet-proof secure hosting environment are sought by businesses and enterprises. But the configuration and building stack has perplexed many. Along with the setup and configuration it also brings in the task of performance-tweaking, security-hardening and of course update and management. All this makes it an unaffordable proposition for small businesses who run high-availability and business-critical websites. Most web-hosting environment charge exorbitant rates for on-boarding, migration, hosting and support. These vary and could be as much as $30 per month for a single site.

However such websites don’t necessarily need a virtual private server for hosting. Given sufficient resources and optimal configuration, multiple websites (upwards of 20 sites) can be hosted on a single server for as low as $100 per month for the server with no limit to visitors, storage and bandwidth. This essentially would come down to $5 per site for a premium enterprise-grade web-hosting. Here’s an overview of the building blocks of such a web-hosting environment.

A web-server stack essentially comprises of an operating system, the web-server daemon, the server-side caching mechanism and server-security configuration.

The choice of these building blocks of the server stack determine the difference between a mediocre hosting and a blazing fast, fully-optimized and secure hosting perhaps the likes of WP-Engine, Synthesis and the ilk.

There are several factors to consider when choosing your web server’s operating system. This includes the stability, the release-cycle, the support-cycle, community support and the key philosophy behind the OS architecture. This is essentially different from choosing your desktop operating system where user-experience, user-interface etc. are key differentiators. Some of the most popular choices are:

It is the philosophy and development cycle of Fedora that helped me narrow down to it. Fedora pursues a three-pronged attack, aiming to be a developer’s paradise, a flexible server, and a strong base for a fast-moving container-centric future. The web is dynamic and evolving rapidly. The OS can be a critical factor in determining when the newest technologies become available. Most support articles for RHEL & CentOS apply to Fedora. The features in in the latest versions of Fedora trickle down into RHEL, CentOS and AMZ. When HTTP2 became supported in Chrome and Firefox, only Ubuntu and Fedora featured it out of the box.

Again in the open-source world, the choices are many. I’m going to cover only a few prominent ones.

There’s no right or wrong here. But the performance and feature-set you are looking for are the determining factors here. Apache and Nginx can’t be straight up compared. There are many trade-offs involved and the intended use-case and application determine the right choice. I intend to side with Apache running with the Event MPM because it not only addresses performance bottlenecks but also retains the features and flexibility of Apache.

Memcached and Redis are two popular choices for server-side in-memory caching. While Redis has its advantages over Memcached, the Pagespeed Apache module currently only supports Memcached. This becomes a determining factor else Redis has its perks.

Security is paramount for any pro-grade server environment. A Linux kernel integrating SELinux enforces mandatory access control policies that confine user programs and system servers, access to files and network resources. Limiting privilege to the minimum required to work reduces or eliminates the ability of these programs and daemons to cause harm if faulty or compromised (via buffer overflows or misconfigurations, for example). This confinement mechanism operates independently of the traditional Linux (discretionary) access control mechanisms. It has no concept of a “root” super-user, and does not share the well-known shortcomings of the traditional Linux security mechanisms (such as a dependence on setuid/setgid binaries). SELinux was developed by NSA’s Trusted UNIX (TRUSIX) Working Group. SELinux security is based on Users, policies and security contexts.

An alternative to SELinux is AppArmor but is only available on SUSE Linux Enterprise Server. SELinux can be frustrating to implement and troubleshoot and most seasoned Linux administrators tend to turn it off and count on the network firewall. But once configured, SELinux systems are as secure as it gets out there.

Operating system, web-server, caching-mechanism and security stack are building blocks of a web hosting server. However the performance, robustness and security are not only determined by making the right choice of the alternatives but also expert configuration, repeated testing and tweaking. It is thus totally possible that a stack comprised of well-configured and tweaked relatively (perhaps) inferior packages outperforms the one known to be better performers out-of-the-box.

At Convertica, we offer fully managed WordPress hosting powered by Amazon Web Services EC2 instances running on Fedora comprising of Apache running Event MPM, HTTP2 & PageSpeed modules, PHP7 & MariaDB, Memcached and Selinux. If you are geeky, you can get your hands on it with our ultimate guide for installing WordPress on EC2 with latest Apache Event MPM, HTTP2, PHP7, Fedora, Memcached, Pagespeed, Mariadb & Selinux 2017

For a high-traffic, high-availability business WordPress site this hosting is perfect and set-it-and-forget-it types. It’s enterprise-class and fully optimized for WordPress (minus the compromises made by other hostings like limited support or no-support for certain WordPress plugins). With unlimited storage and visitors and powered by Amazon’s cloud infrastructure, this is as redundant and scalable as it gets with the best up-time available.