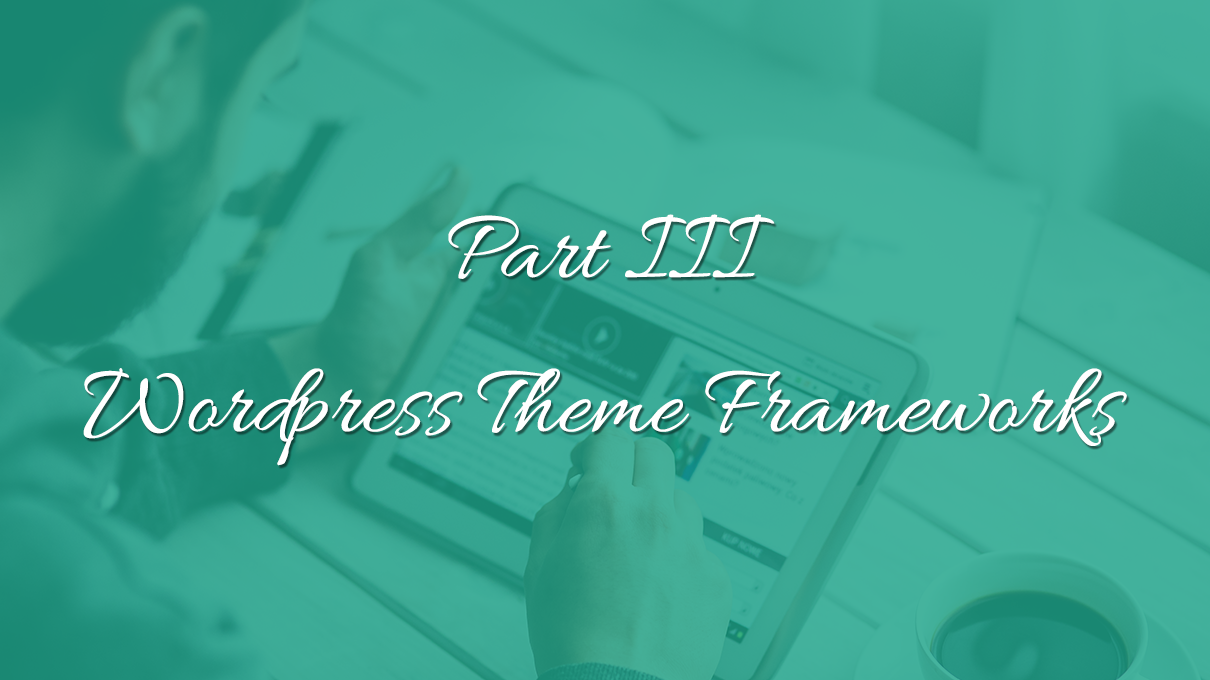 Any comparison of theme frameworks is incomplete without the mention of Hybrid. Hybrid is a genius invention of Justin Tadlock – a member of WordPress themes review team. Hybrid lives up to the standards of WordPress and passes the acid tests of the WordPress theme review team. Justin himself is quite active especially when it comes to helping people in the Theme Hybrid forums. And even with something so robust as Hybrid, the intent is not primarily on making money. As Justin says, Hybrid is for himself. And being a perfectionist myself I can totally relate to that.

Hybrid — The Gold standard of WordPress

Hybrid is different in some major aspects. It’s not like Thesis which doesn’t have the concept of child-themes. It’s isn’t paid either like Genesis who are averse to GPL and aren’t really open to allow GPL freedom with Genesis. Also Hybrid Core isn’t like a parent theme either that you can only build child-themes on. The sheer beauty and usability of Hybrid is something that mesmerized me.

Even though new with Hybrid, I was able to quickly get my own theme up and working quickly with some help from Justin.

One thing I noticed with Hybrid was the fact that Justin has been proactive in deprecating features of Hybrid in favor of WordPress features as an when they make their way into the core. This is quite unlike other frameworks that continue to add feature bloat and pitch features. Hybrid is a no-bloat framework. Any bells and whistles you want have to be manually included with add_theme_support calls (and there are only some bare essentials yet put your theme on steroids).

If you need a solid, well organized base to build your own theme, Hybrid Core is what you need. It’s the best framework that money can buy. And yet you don’t need money for it. Hybrid Core is no dependency. Hybrid Core is powerful; help and support is awesome. You’ll also learn to code some well behaved, disciplined themes for the masses. And one thing you want to note is Hybrid Base theme was the fastest of all we tested here. It beat Genesis and even Thesis.

Here’s what I built and I’m planning to release it in a few days:

Convertica is intended to be used as my base theme that will allow me to quickly build powerful turn-key, niche-specific WordPress themes in minimal time.

While I don’t have extensive experience with Hybrid, I’m almost done with my new business base theme. It will be available soon. And all this wouldn’t be possible without Hybrid. Justin is pretty open about reusing Hybrid so much so that there isn’t even a cost associated with Hybrid. The only cost currently is involved in joining the forum. The community seemingly is of power-developers who can dive into the code since there are no premium child-themes that create more issues for users than they solve. I’ve been working with my new theme on Hybrid Core for the last several days, everyday for more than 18 hours, and I’m enjoying every moment of it.

I loaded up Thesis, Genesis and Hybrid Base on the same website. There was no caching involved. I did multiple page loads on each theme. The WordPress installation was the same. No plugins were installed. And I loaded the WordPress “Sample Page” for testing. I also used unique cache busting query strings in the ulr. And I tested the url multiple times for each theme and then averaged our the results. I ran the tests in a fresh Firefox profile. This is what I found.

Hybrid Base is clearly the performer here. Thesis surprisingly in spite of its complex bells and whistles coding came second. Genesis made it to this list since there was no fourth contender. If you’ve done tests on these, feel free to share the results.